Who Will Conspire First following Zino and B.U Shocking Eviction? 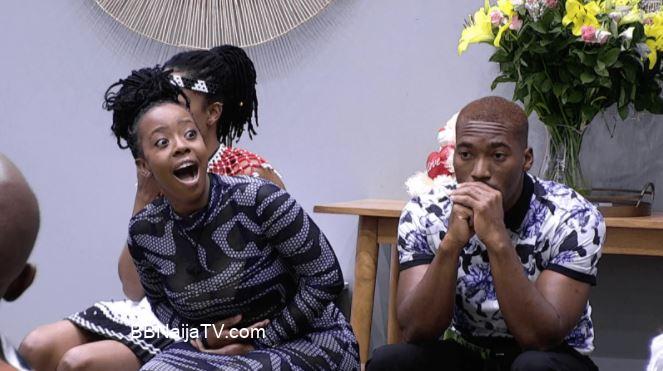 Seven Housemates would have been more nervous than the others when this week live eviction show first aired. B.U., Libo, Nale, Thato, Venus, Vyno, and Zino woke up with Nominations hanging over their heads, knowing that at least one of them would be evicted.

Lawrence didn’t waste any time in announcing the first Eviction, selecting Zino as the first Housemate to have to go for the night. His sadness was obvious on his face, and the other Housemates were taken aback: they’ve made no apologies about seeing him as a younger brother, and his upbeat demeanor was greatly valued in the House. Gash1 utilized his position as Head of House to save Norman and replace him with Zino, which is the only reason Zino was on the list at all.

During his exit interview with Lawrence, Zino remained positive. “It’s been a privilege,” he said, referring to his time in the Big Brother Mzansi House. He also said that he would miss all of the Housemates. Then Lawrence started asking a hypothetical question. “You walk into the House,” he said, “single – no relationship outside the House – which Housemate…”

“Venus!” Zino interrupted, saving Lawrence a bit of time. Clearly, he had thought about this hypothetical situation before. After that, it was time to bid Zino farewell, which they did with the whole studio crew singing Happy Birthday To You as he left the stage.

Lawrence put Nale and Libo out of their misery early in the night, which might have been nice for them, but would only have succeeded in dialling up the tension for the remaining Nominees. Eventually, though, Lawrence returned to the House, telling each of the Housemates in turn that they were safe. He finished with B.U. but did not tell him he was safe. Instead, he told him that he had been Evicted, and would need to leave the House. B.U. was clearly surprised, and Venus was clearly upset.

He soon shook it off, however, and was in good spirits during his exit interview with Lawrence. He said his only regret was that he hadn’t cooked enough vegan meals for his fellow Housemates, meaning that he hadn’t done enough to show them the benefits of the lifestyle.

After the double Eviction, the House was shook, but Biggie had another twist to shake it up even further: until further notice, the Housemates are allowed to engage in “Nominations conspiracy” – discussing who they will Nominate and teaming up. This can only happen in a designated area, and only at certain times. Things are about to get interesting.