Vyno Proposes Better Relationship with Yoli Outside the House 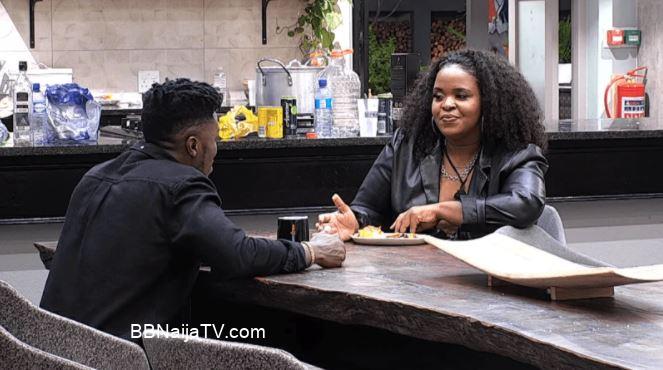 Once a player, always a player; that is, according to the proverb. Terry and Vyno have had a whirlwind affair over the last two weeks, and they even revealed their relationship to the House.

We were all looking forward to seeing a ship sail, but it appears like the ship has changed direction, and one of the people on board is ignorant of it.

After the Saturday Night Parties, there usually seems to be a discovery or two, and this week was no exception. Vyno had a lot to say to Yoli when the Housemates sat down to dine.

He told Yoli that after they leave the House things could change and that she should not stop talking to him in the House. He said that he’s now found himself in this position with Terry but that doesn’t mean that there’s no pretense of something happening when they leave. He told her to talk to him but they won’t be able to cross any lines in the House. He feels a lot of pressure and is playing the game. Yoli seemed unsure of a lot of what he was saying and asked why he decided to adopt this strategy he says it was unplanned and that he just decided to adapt. He said that his feelings for Terry are real but they aren’t as deep as everyone thinks and that he and Terry are similar and she could also be playing a game he knows nothing about.

Terry seems pretty genuine to us and even in her Diary Session, she said that they were a formidable duo and bring out the best in each other. She also never misses an opportunity to defend him. She even wrote her love note for him.