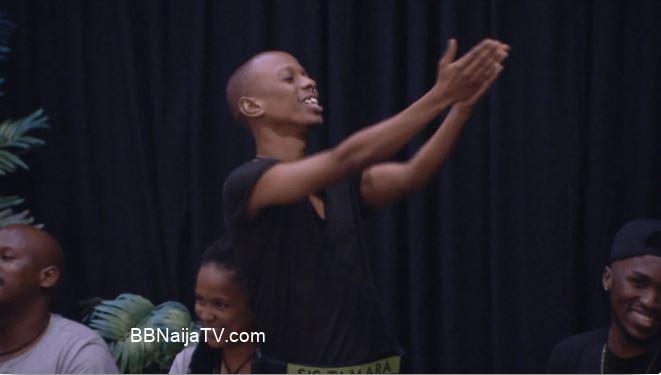 As we all know, the HoH Challenge is a game of chance, and some Housemates have luck on their side more than others.

Sis Tamara has stayed in the HoH Bedroom the longest, and they’re returning for the third time, but this time with a new Deputy.

Despite the fact that the game was running, the Housemates managed to crack their eggs and aggressively compete for the title of HoH. Biggie assigned the Housemates the challenge of cracking eggs without breaking them. The Housemates had to have at least three eggs on their plates that were not broken to advance to the next round of the HoH Games.

Gash1 aided Biggie in his umpiring duties by keeping an eye on the Housemates – thankfully, Biggie sees everything – which helped with some of his questionable calls for Housemates who were on the verge of making it to the finals. Yoli, Venus, Tulz, and Sis Tamara were the only Housemates to make it to the final round of the HoH Games after some deliberation with the help of Big Brother.

They had to balance a rubber egg on a roller coaster and walk through a twisting route without stepping on the indicated lines in this round. Yoli made it to the first block, Tulz claimed the lead for a brief while with 11 blocks, but Sis Tamara went the longest, putting them in a prime position as the next Head of House!

Unlike previous HoH Challenges, Biggie informed the Housemates that the Deputy HoH position is no longer automatically awarded to the second-place finisher. Sis Tamara was responsible with selecting a Housemate to serve as their Deputy Head of House, and Venus was chosen. This time, she joins Sis Tamara in the HoH Bedroom. This is her first time in the House of Representatives and in the HoH Bedroom.

We’re looking forward to their reign, especially given Sis Tamara’s previous success as a HoH. We’re hoping Venus takes advantage of this opportunity to help the Housemates win their Wager Task this week.