Sis Tamara Addresses the House as Thing Gets Shaky 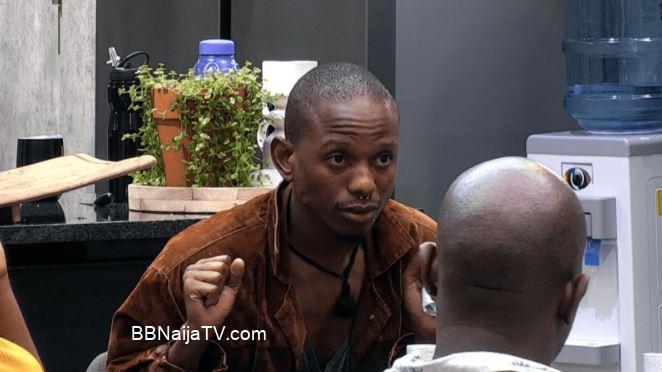 The Big Brother House has begun to devolve into chaos, with charges of stealing and other forms of deception being leveled. Sis Tamara convened a meeting to confront the problem head-on.

This is Sis Tamara’s second time as Head of House, and they’ve got to bring their A-game this time. Tamara convened a House meeting earlier tonight to discuss the heinous crime of stealing. It appears that some goods have gone missing after folks had gone to bed. This might be linked to the 2AM gang – so named because they grow hungry at 2:00 a.m. – but there could also be other parties to blame.

“I’m so tired of this conversation,” Sis Tamara said, clearly exasperated with this being an issue since the first week in the House. Norman also said that he feels the Housemates pick and choose what they get upset about when things go missing. Alcohol, for example, upsets a lot of people when it goes missing, but other things less so. It seems as if he thinks that theft is theft – and he has a point.

The objects that had been addressed up to this point had all been household goods. Libo was more concerned about lost personal stuff. “‘We’re all grownups,’ you keep repeating. “Well, a teddy bear was stolen by an adult!” He claims that personal belongings going missing makes the House a particularly unsettling environment, and we can see why.

Big Brother’s reaction to this talk is unknown. The House is constantly monitored, and stealing is a serious offense. If the Housemates don’t get their act together, tomorrow’s penalty for not adequately participating in the morning workout sessions might be nothing compared to what’s coming next.