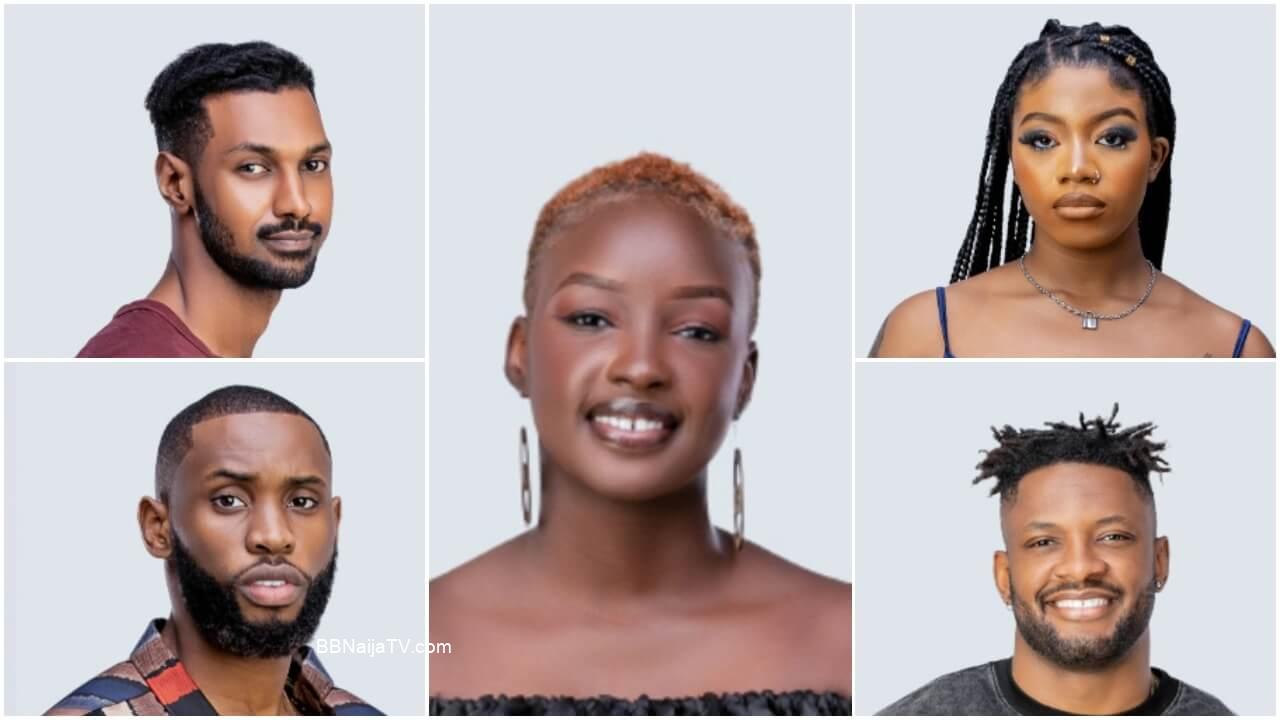 Five Big Brother Naija 2022 Shine Ya Eye housemates are up for elimination this week; cast your vote for them below.

Below is a breakdown of how BBNaija Week 8 Live Nomination Went and who the housemates nominated.

Whitemoney won the BBNaija Week 8 Head of House game, which means he is safe from eviction this week, while Nini, who came in second, was given the Veto Power.

Nini was asked to use her Veto Power to save one of the nominated housemates and replace them with a non-nominated contestant. She was given the option of choosing any housemate other than the Head of House. Nini rescued herself by putting Cross on the eviction list.

The Final five BBNaija Shine Ya eye housemates up for possible eviction in week 8 of Big brother Naija 2022 are:

So, who will you vote for in the BBNaija week 8 voting poll? Please leave a comment below and share with your friends.

How to Make Your Message Appear on BBTitans TV Screen

How to Watch BBTitans 2023 in Nigeria DSTV Channel

How to Watch BBTitans 2023 from South Africa DSTV Channel…

BBNaija Cross slams Linda Ikeji over her Remark on Megan…