The first Big Brother Naija Head of House game of season 7 began with Big Brother welcoming the Level 1 and Level 2 housemates to the arena, which was met with warm greetings from all 24 housemates as the housemates of both houses saw each other for the first time since entering the Big Brother house. 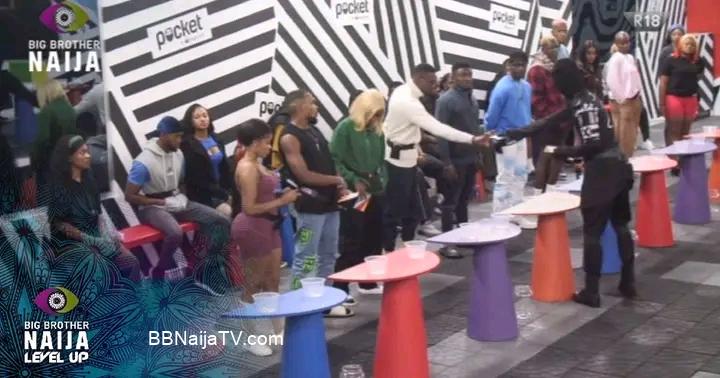 Big Brother reminded the housemates about a game they played prior to entering the house in which they were asked to play a mystery card game in which housemates had to complete their names on a card that divided all 24 housemates into two groups (12 per group). Level 2 Multicolored Card Housemates and Black and White Card Housemates (Level 1). 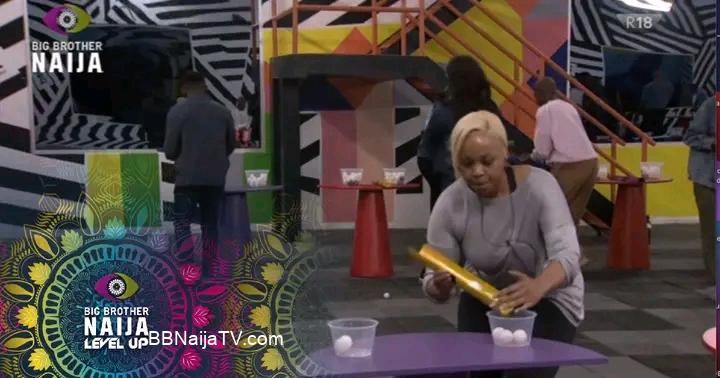 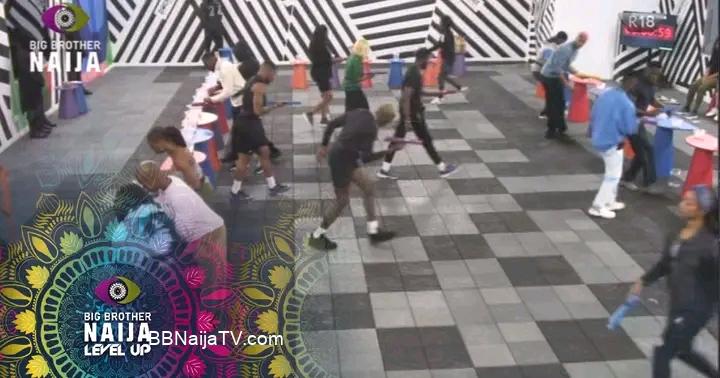 Housemates were needed to use a pipe to carry a pink ball from one bowl to another. They have three minutes to finish the task. If any of them fail to accomplish the task within 3 minutes, the housemate who moved the most pink balls will advance to the next stage. 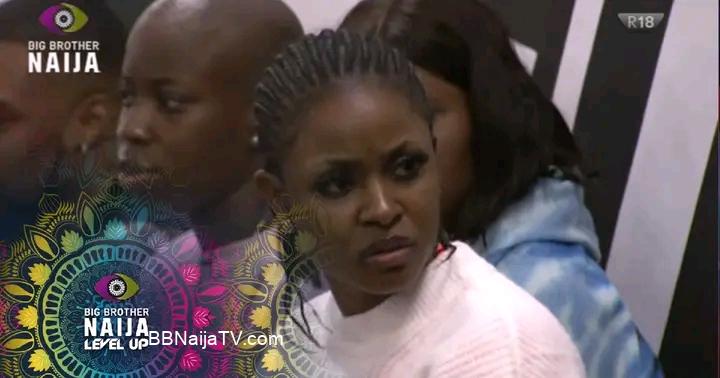 Bella had the worst performance and was nicknamed “tail of the house.”

Bryann, Khalid, Dotun, Cyph, and Eloswag all advanced to the next round of the game. The next level required the housemates to select two cashew nut bottles each. They had three minutes to empty all of the cashew nuts into their individual bowls without shattering the bottle. Dotun and Khalid were disqualified for violating the game rule. The housemates were asked to weigh their cashew nut-filled bowls using an electronic weighing balance, and the housemate with the heaviest bowl was named the winner. 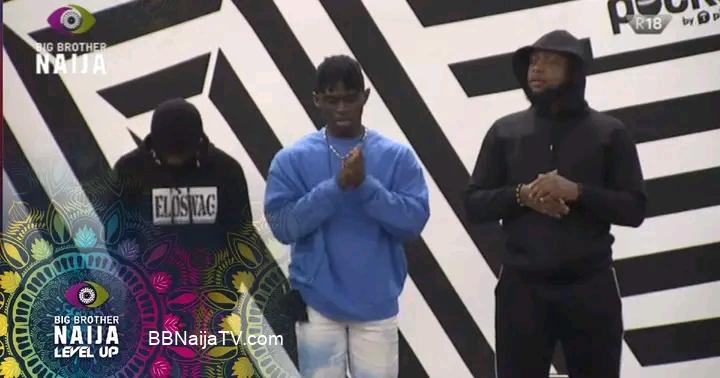 Eloswag was declared winner of today’s game and has now become the first head of house for this season. For this week, only the head of house has the privilege to nominate housemates for possible eviction.