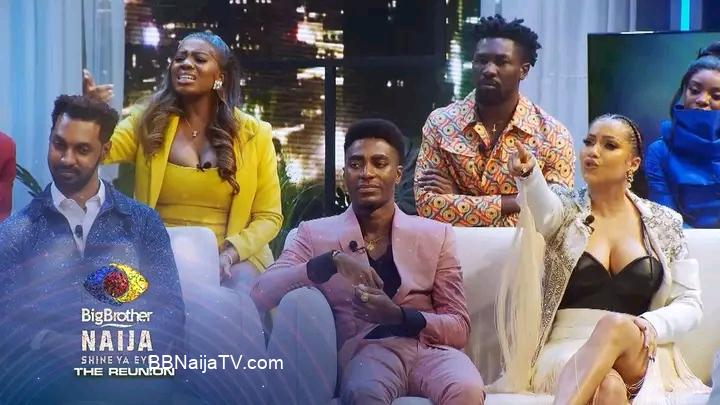 Today’s show (episode 1) was all about the Amebo Moments that happened in the Big Brother Naija “Shine Ya Eye” house.

Maria was heard gossiping about Angel with Jackie B and Peace in a clip that was shown. Maria excused herself by claiming that she thought Angel was flirting with all the boys in the house and that was her own opinion.

By explaining the events that lead to their conversation, Peace shed light on how the gossip began. Following Sammie’s argument with Angel, Peace remarked about how the housemates failed to hear Sammie’s side of the story and how they all rushed to Angel’s rescue. Peace went on to say that it was because of this that she decided to listen to Sammie’s version of the story. In a nutshell, Angel was unhappy with Sammie because of his reaction when he discovered she kissed Kayvee and also because of how Sammie flirted with Peace while in the Big Brother house.