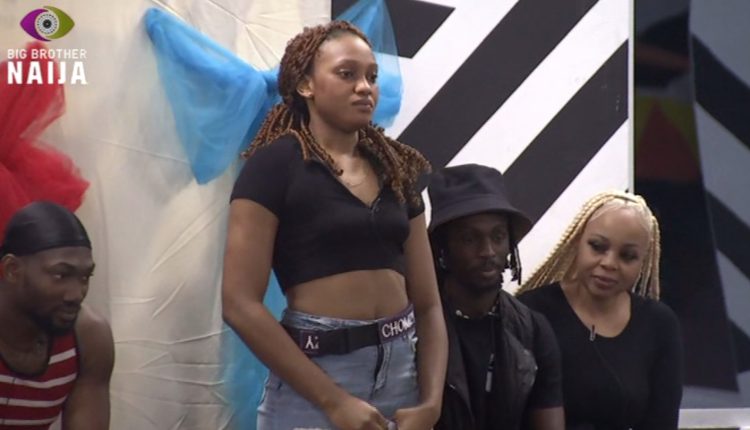 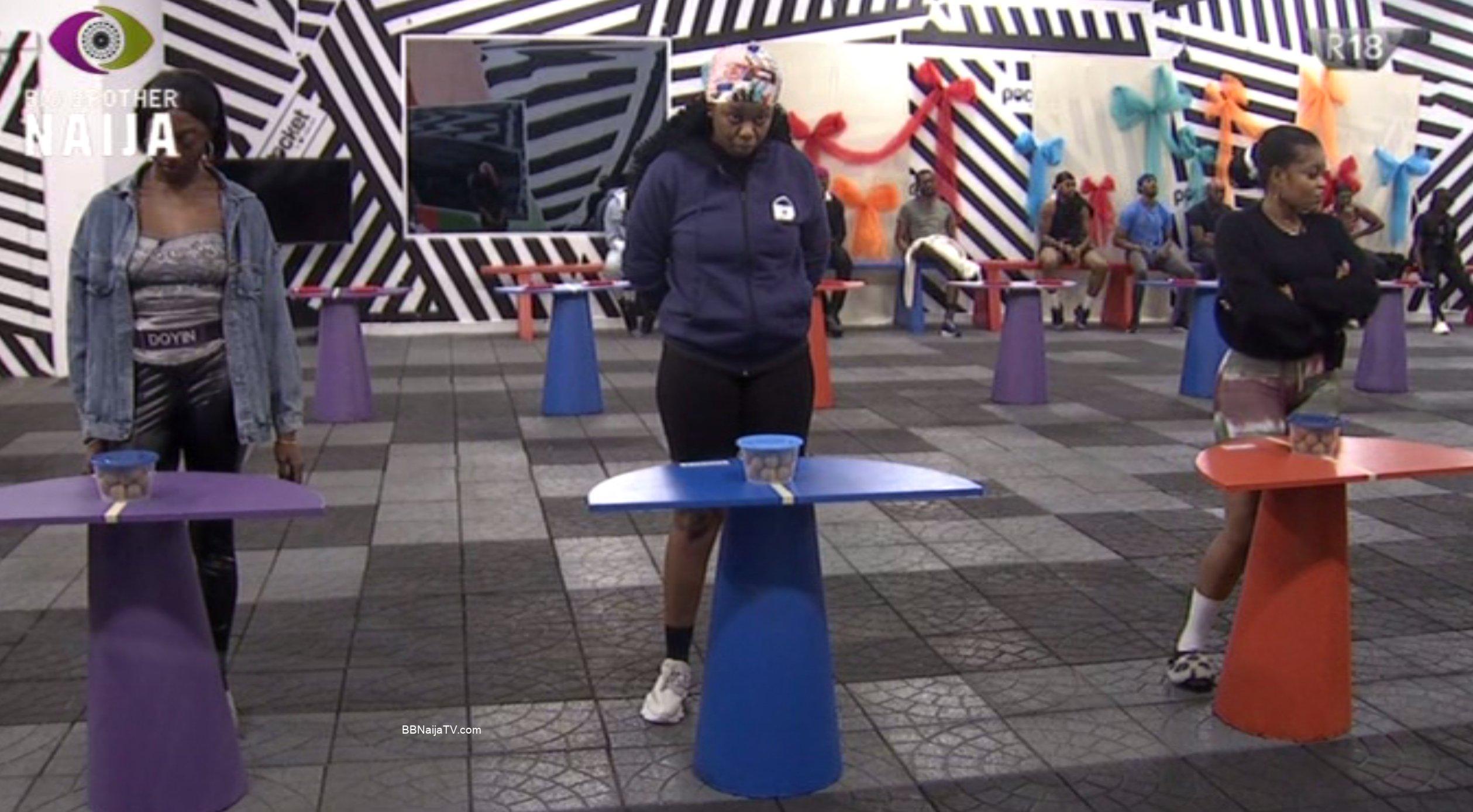 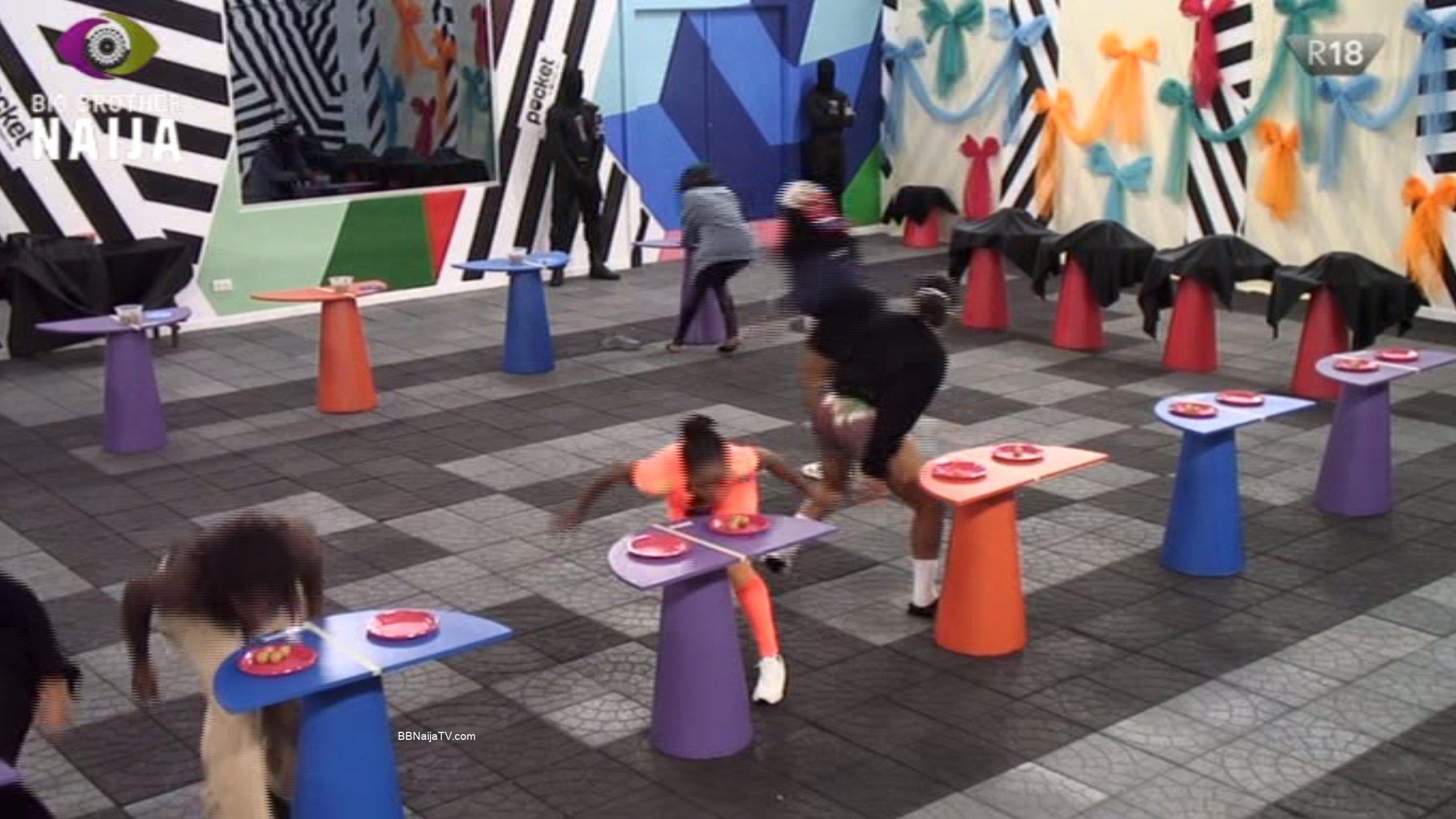 The ladies were the first to start today’s game. Here are the numbers of dunkwas each housemate moved from their bowl to the opposite plate. 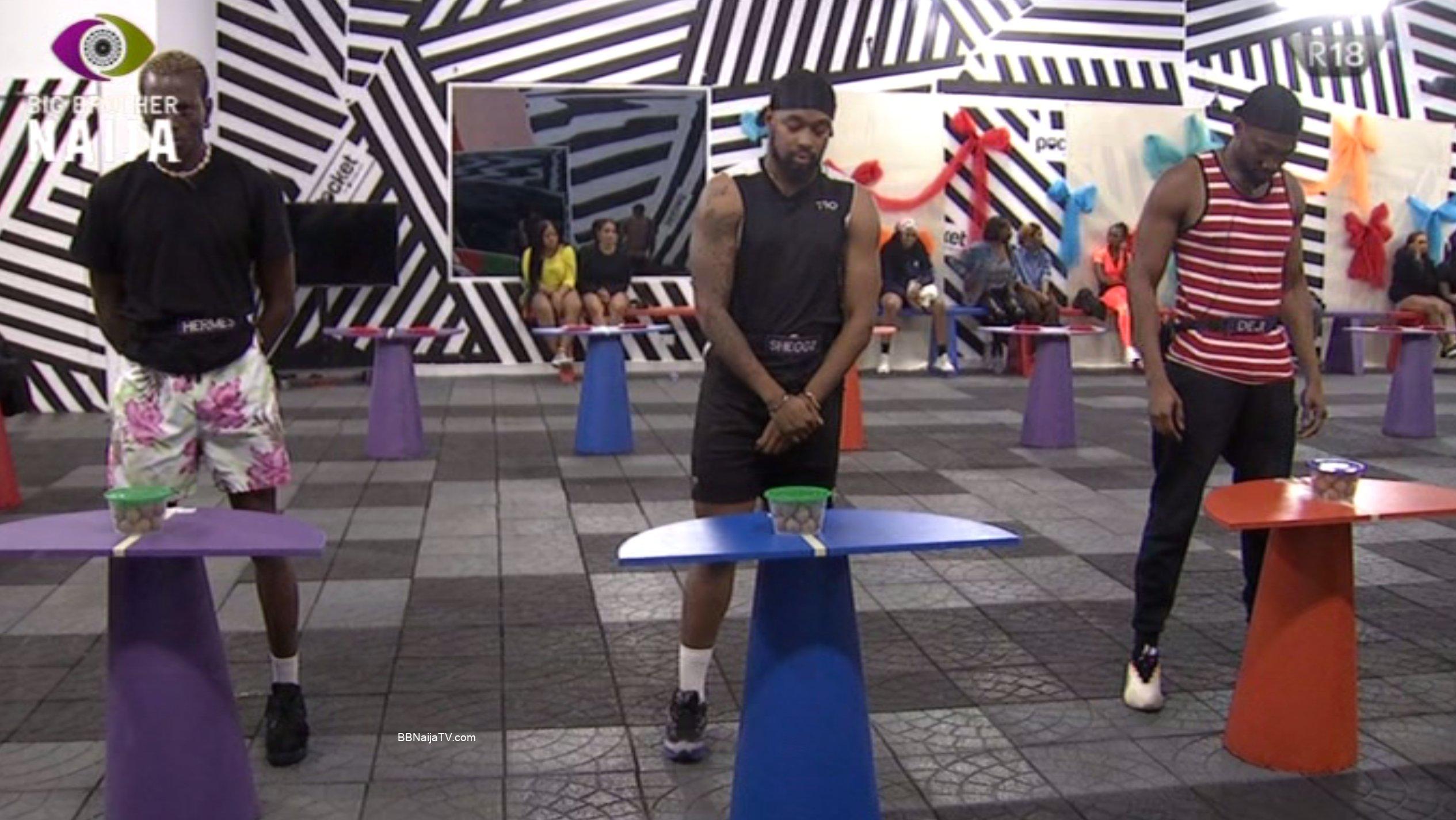 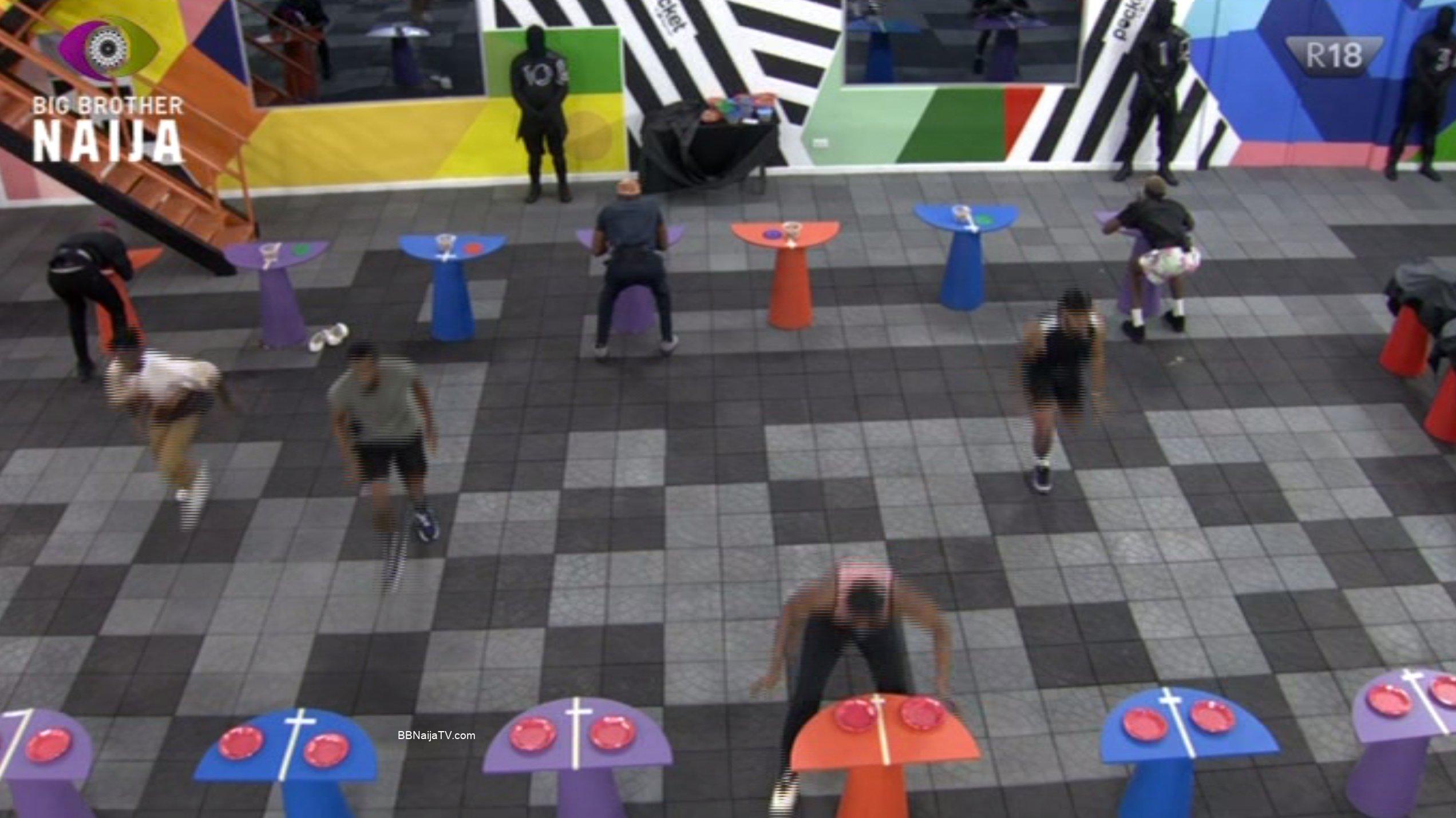 The guys were next to take the stands. The number of dunkwas each housemate moved from the bowl to their plate in the opposite end is listed below;

All the male housemates broke the rule of the game and were all disqualified from participating in the next round of the head of house game.

Part 2 of the Head of House game