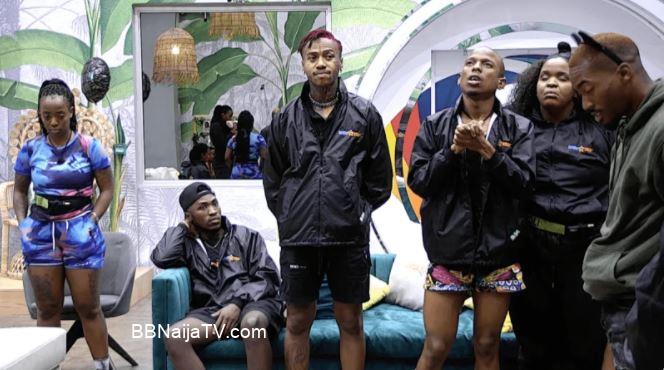 Gash1, Norman, Nthabii, Terry, Themba, Vyno, and Yoli have all been nominated to be evicted on Sunday. Biggie asked the BBMzansi Housemates to make individual Nominations for a new batch of Housemates to be put up for probable Eviction this Sunday, still recuperating from last night’s heartbreaking goodbyes.

Normally, the Housemates’ Head of House and Deputy HoH do the Nominations, but Biggie decided to live up to his hot Conspiracy Corner plot twist today. Now that Housemates may collude and discuss who they can nominate and who they want out of the House, tonight’s Nominations Diary Session was a lot of fun.

Here’s how the Housemates Nominated with only 45 seconds to put three Housemates on the block:

Sis Tamara, the Head of House, was asked to utilize his save and replace power to save one of the Housemates from eviction. Sis Tamara chose to save Tulz and replace him with Vyno in front of their fellow Housemates. Tensions are high around the Nominations, and with Terry on the chopping block, we’re not sure if their friendship will hold up.

As it stands here are the housemates now up for possible Eviction this Sunday.

Although the majority of the Housemates are chilling out and taking it easy, there is a shift in the House, and some loyalties will be put to the test this week to determine where the Housemates stand with one another.